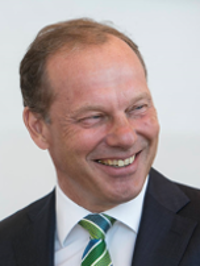 Werner Schmidt is the Director of the Environment and Sustainable Territorial Development Department within the Projects Directorate of the European Investment Bank (EIB). The Department is in charge of the techno-economic appraisal of investment projects in the following sectors: a) water b) agribusiness, blue economy and rural development, c) regional development and d) urban development. He joined the EIB in 1996 in the Bank’s Project Directorate and hold several positions since. Prior to joining the EIB in 1996, Werner worked inter alia for the World Bank, the European Commission and the German bilateral technical assistance organization in Albania, Pakistan, Russia, Caucasus and Central Asia.