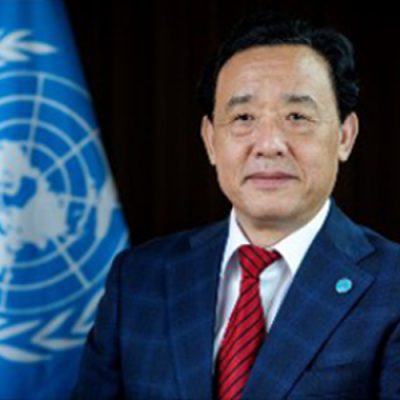 Qu Dongyu is Director-General of the Food and Agriculture Organization of the United Nations. He studied horticultural science at the Hunan Agricultural University and plant breeding and genetics at the Chinese Academy of Agricultural Sciences. He later added environmental science to his knowledge portfolio while earning a PhD at Wageningen University, in the Netherlands. Before coming to FAO, Qu served as China’s Vice Minister of Agriculture and Rural Affairs, where one of his achievements was to make sure information and communication technologies were available in rural areas so that more than 400 million farmers could use their smartphones as a new farming tool.